The content of this page was prepared, updated, and featured throughout the month of June 2021. This page will now most likely stay relatively dormant until June 2022.
Indigenous History matters year-round. Below are tons of interesting and important learning resources to explore.

It looks like you’re using a small device to view this page. We suggest you rotate it sideways.

June is National Indigenous History Month, a time for all Canadians, Indigenous, non-Indigenous and newcomers, to reflect upon and learn the history, sacrifices, cultures, contributions, and strength of First Nations, Inuit and Métis peoples. Throughout the month of June, we will be featuring a number of resources to highlight the history, culture, challenges and contributions of First Nations, Inuit and Metis peoples.

The discoveries of the remains of hundreds of children on the grounds of Canadian residential schools in recent years reinforce the need to ensure that all Canadians understand the atrocities and injustices committed under the residential school system.

The Western Québec School Board reaffirms its commitment to reconciliation and the teaching of the history and impact of residential schools. We also recognize the importance of honouring the cultures and traditions of the hundreds of First Nation communities in Canada. We recognize and value the experiences, cultures and traditions of our Indigenous communities. We are committed to listening, responding, supporting and working together with our students, families and communities.

Learn More About National Indigenous History Month |  Government of Canada
Start your learning journey here to help you mark this important month by exploring more about the rich and diverse cultures, voices, experiences and histories of First Nations, Inuit and Métis peoples.

Education for Reconciliation “Ed4Rec”  |  LEARN Quebec
Learning about reconciliation in Canada could be as simple as learning more about the history and current state of affairs of First Nations, Inuit, and Métis populations in Quebec and Canada (and indeed around the world). It can also mean learning about the history, causes, process and future of reconciliation in Canada. Browse below for information and action resources for educators, student, families, and the community. 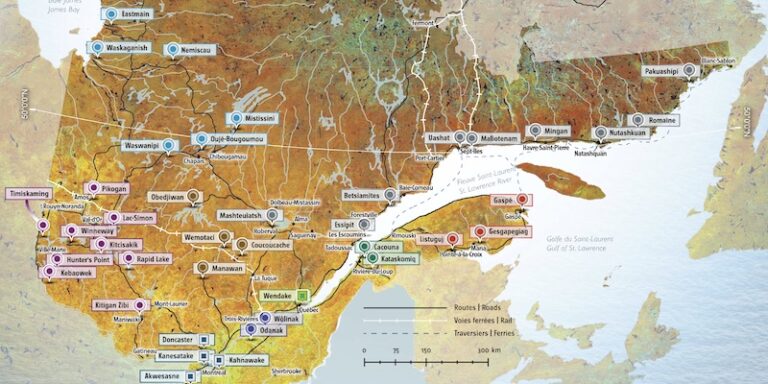 Indigenous Communities of Quebec
This map provides an overview of Indigenous Nations and communities in Quebec.

Our home and native land (Interactive Map)  |  Native Land Digital
Land is something sacred to all of us, whether we consciously appreciate it or not — it is the space upon which we play, live, eat, find love, and experience life. Native Land Digital creates spaces where non-Indigenous people can be invited and challenged to learn more about the lands they inhabit, the history of those lands, and how to actively be part of a better future going forward together. 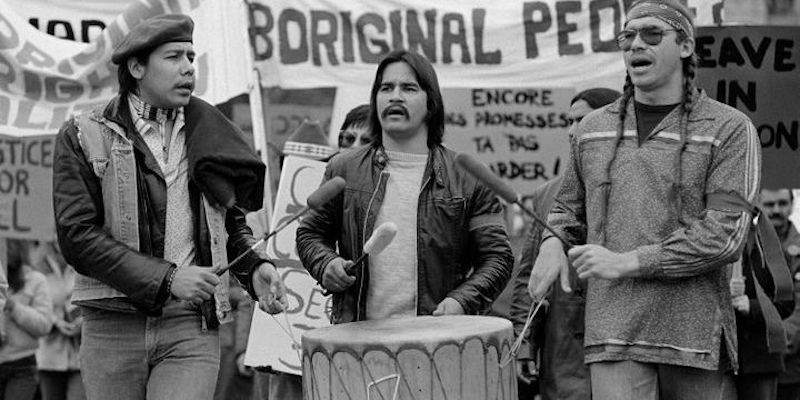 Indigenous Peoples, Collection & Timeline |  The Canadian Encyclopedia
Inuit and First Nations history extends well before the arrival of Europeans in Canada, while Métis emerged as a distinct culture after intermarriage between European settlers and First Nations people. Indigenous people were essential to the development of early Canada, but suffered massive population declines due to the arrival of European disease. In addition, though they were often military allies, they faced persecution at the hands of colonial governments in the form of displacement, starvation, land seizure and cultural genocide through residential schools and destructive legislation. 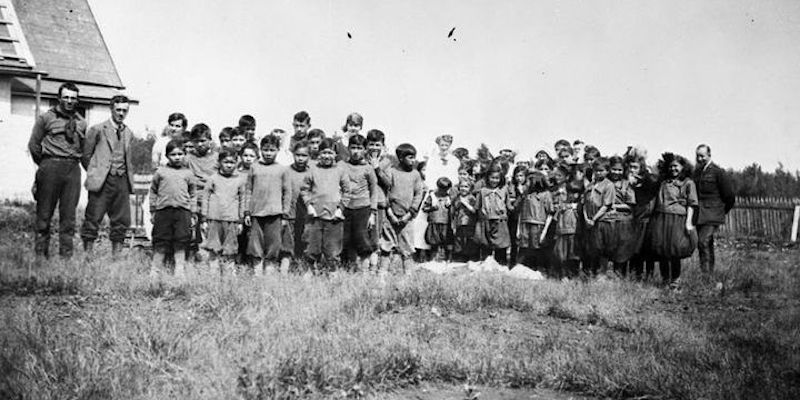 Residential Schools in Canada |  The Canadian Encyclopedia
Residential schools were government-sponsored religious schools that were established to assimilate Indigenous children into Euro-Canadian culture. Although the first residential facilities were established in New France, the term usually refers to schools established after 1880. Residential schools were created by Christian churches and the Canadian government as an attempt to both educate and convert Indigenous youth and to assimilate them into Canadian society. However, the schools disrupted lives and communities, causing long-term problems among Indigenous peoples.

Back in 1907 when he was employed by the federal government, Dr. Bryce release a report which highlighted the staggering death rates at the schools. At one institution, the File Hills Colony residential school in Saskatchewan, the physician found that 69% of students who had attended the school had died either while there or shortly after – almost all from tuberculosis. He concluded that these deaths resulted from the poor conditions and lack of sanitation within the schools. His report made it clear that the federal government was directly responsible for the appalling living conditions.

Perhaps unsurprisingly, the Department of Indian Affairs for which he worked did not publish his 1907 report. It was leaked to journalists, prompting calls for reform from across the country. Despite the public outcry, the residential schools were not closed and Dr. Bryce’s recommendations were largely ignored. The funding for Dr Bryce’s research was then suspended, with the Department stating that the cost of gathering statistics on child deaths from TB far outweighed any benefits the information provided.

Canada’s last federally funded Residential School did not close until 1996.

In 2008, the Truth and Reconciliation Commission was established and, less than a decade later, issued its final report, which concluded with 94 Calls to Action. The Calls included promoting public dialogue and public initiatives for reconciliation; the creation of age-appropriate curriculum on residential schools for Kindergarten to Grade 12; providing teaching material on the history and legacy of residential schools in the public school system in addition to building student capacity for intercultural understanding, empathy, and mutual respect. 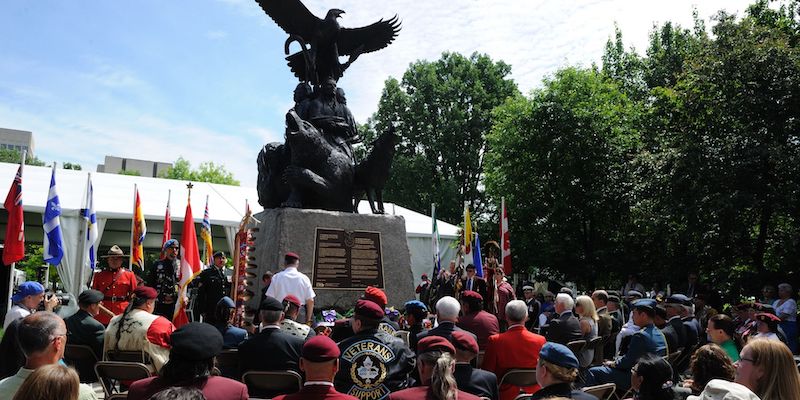 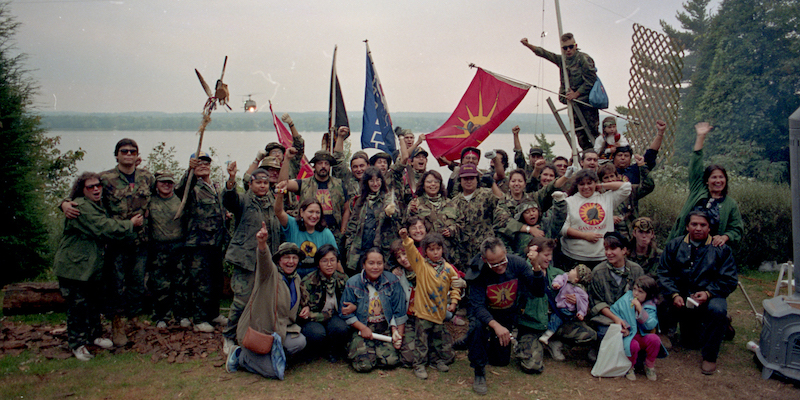 Oka Crisis
The Oka Crisis, also known as the Kanesatake Resistance or the Mohawk Resistance at Kanesatake, was a 78-day standoff (11 July–26 September 1990) between Mohawk protesters, Quebec police, the RCMP and the Canadian Army. It took place in the community of Kanesatake, near the Town of Oka, on the north shore of Montreal. Related protests and violence occurred in the Kahnawake reserve, to the south of Montreal. Tensions were high, particularly after the death of Corporal Marcel Lemay, a Sûreté du Québec police officer. Eventually, the army was called in and the protest ended. 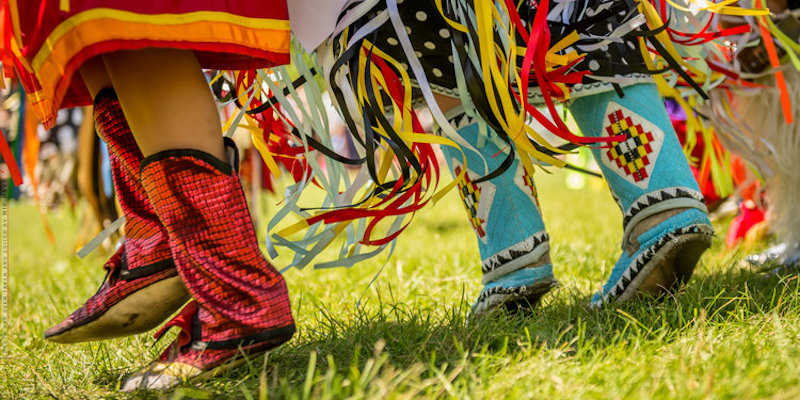 Test your knowledge of Indigenous History  |  The Canadian Encyclopedia
The questions in these three quizzes are based on the real citizenship test taken by newcomers on the path to citizenship.

Through Mala’s Eyes  |  Government of Canada
This series of lesson plans, built around the first-person narrative of a 12-year-old Inuk boy, will help you and your students appreciate life in the Inuit community of Salluit, in the northern part of Nunavik, Northern Quebec. Although designed for students from 9 to 12 years of age, some of the lesson plans and strategies in this unit can be adapted for other grade levels.

Claire and her Grandfather  |  Government of Canada
The story of Claire and her Grandfather is designed to enhance young people’s awareness of some of the many contributions and inventions by Aboriginal people. The story is meant to be a versatile teaching tool for children ages 7-12, although older students might enjoy the story and its images. Teachers of children in the target age group can use the story to initiate a broader examination of the many historical and contemporary contributions of First Nations and Inuit to Canada and the world.

What are Pow Wows?
A Pow Wow is a celebration of culture, of sharing and of spiritual growth. The traditional Pow Wow of the Kitigan Zibi First Nation was held June 3 to June 5. It is held annually and welcomes many First Nations from across Turtle Island.

In the video above, students from Maniwaki Woodland School give us a quick introduction to the Algonquin language. 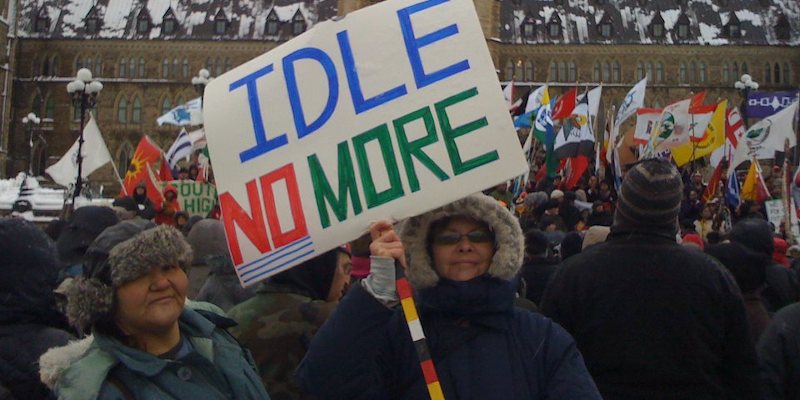 Idle No More Movement  |  The Canadian Encyclopedia
Idle No More is a grassroots political movement focused on Indigenous rights and environmental protection. It began as a relatively small group in Canada, but quickly became international in scale largely due to rapid proliferation through the use of social media. Since December 2012, the movement has attracted a great deal of attention in the Canadian mainstream media, through rallies, protests, teach-ins and direct political action such as flash mobs and round dances around the country.

Films and Documentaries made by or about the Indigenous Peoples of Canada
Reel Canada’s selection of Indigenous-made films by filmmakers from diverse Nations across Canada reflects diverse Indigenous experiences and provide an opportunity for dialogue, cross-cultural exchange and greater understanding.

The National Film Board’s educational playlists are selections of films on themes that tie in with Canadian curricula and address the important issues of the day. Many of the playlists are also linked to our study guides. 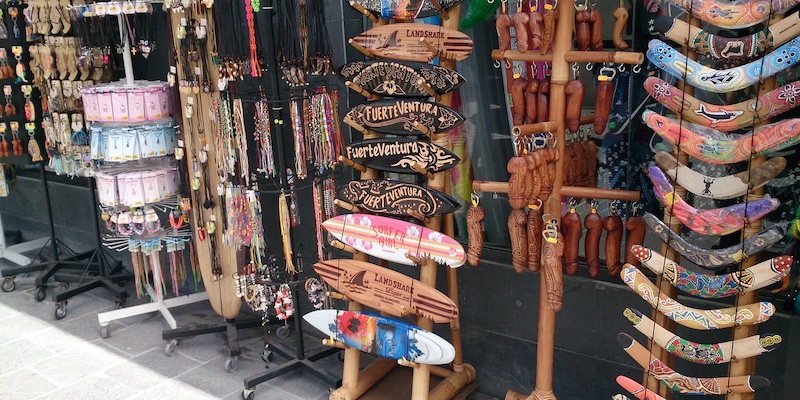 Cultural Appropriation of Indigenous Peoples in Canada
Cultural appropriation is the use of a people’s traditional dress, music, cuisine, knowledge and other aspects of their culture, without their approval, by members of a different culture. For Indigenous peoples in Canada, cultural appropriation is rooted in colonization and ongoing oppression. Indigenous peoples have seen culturally significant symbols and motifs used in non-Indigenous goods, marketing and art. They have also seen stereotypical images of “Indians” used in sports logos and the sale of various products. 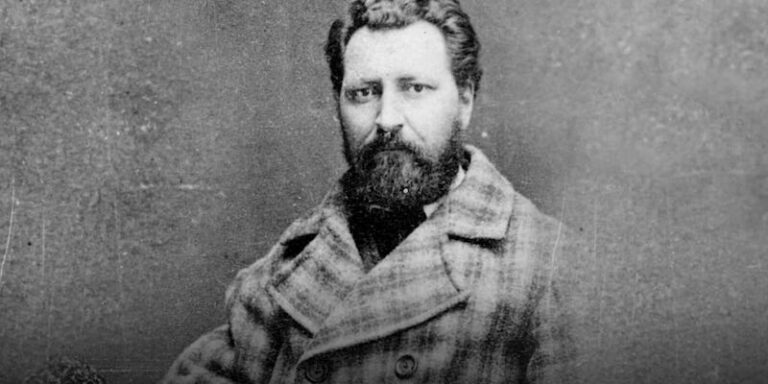 Louis Riel, Métis leader, founder of Manitoba, central figure in the Red River and North-West resistances (born 22 October 1844 in Saint-Boniface, Red River Settlement; died 16 November 1885 in Regina, SK). Riel led two popular Métis governments, was central in bringing Manitoba into Confederation, and was executed for high treason for his role in the 1885 resistance to Canadian encroachment on Métis lands. Riel was initially dismissed as a rebel by Canadian historians, although many now sympathize with Riel as a Métis leader who fought to protect his people from the Canadian government. 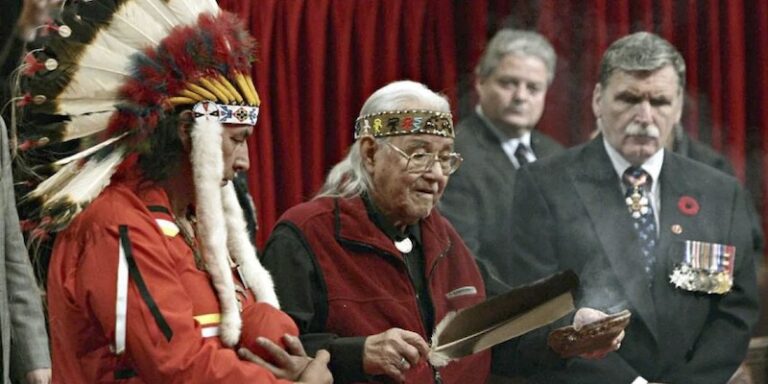 William Commanda, whose real name is Ojigkwanong (Morning Star), was the great-grandson of Pakinawatik, an Algonquin leader who led his people from Lake of Two Mountains near Montreal, to the site of the current community of Kitigan Zibi in 1854 (then known as the River Desert Reserve). The Prince of Wales bridge linking Gatineau to Ottawa was recently renamed after him. 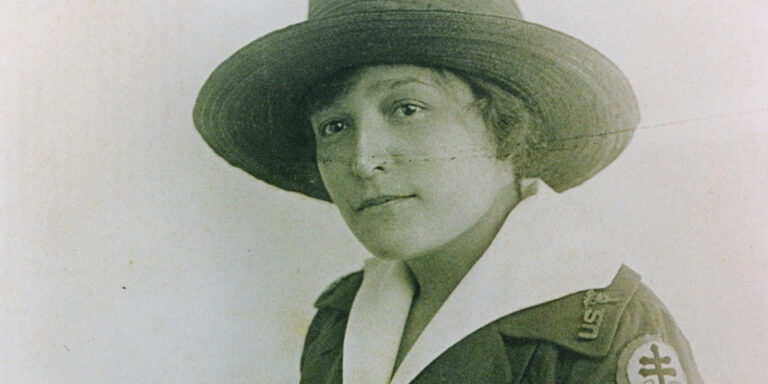 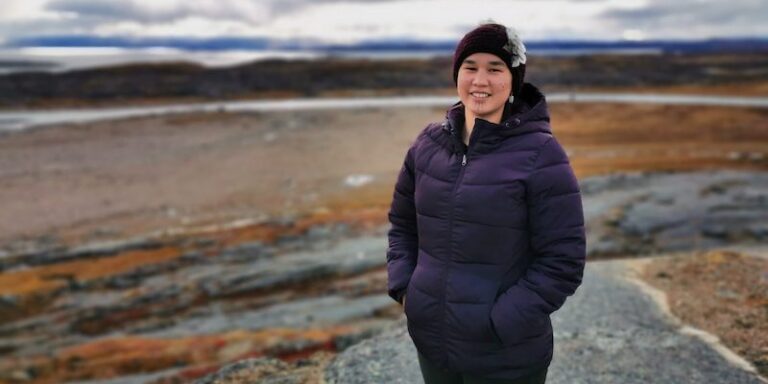 Mumilaaq Qaqqaq, Nunavut-based Inuk Member of Parliament (until recently). In 2019, Qaqqaq became, at age 25, Nunavut’s youngest MP in history, and the first from the New Democratic Party (NDP) since Nunavut became a territory in 1999. Before entering politics, Qaqqaq was a public speaker and activist who raised awareness of the various crises that Inuit face, including suicide, food insecurity, housing, and climate. 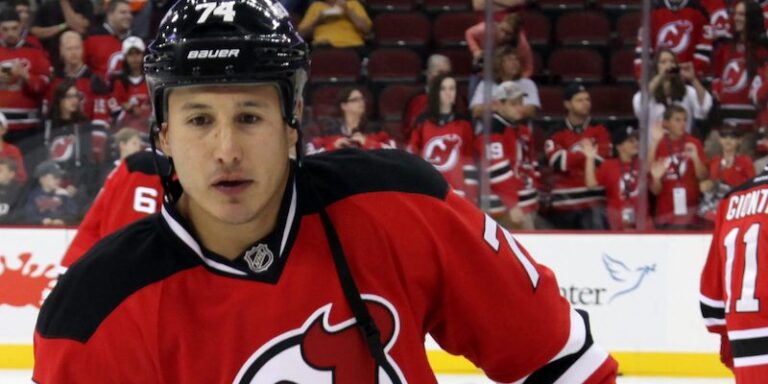 Jordin John Kudluk (Thunder) Tootoo, hockey player (born 2 February, 1983 in Churchill, MB). Jordin Tootoo is the first Inuk hockey player to play in the National Hockey League (NHL). Jordin got the attention of the NHL as a tough, talented right-winger in his junior hockey days in Manitoba. In 2003, he received national attention when he played for Team Canada at the World Junior Hockey Championship. After playing 13 seasons in the NHL, he retired in 2018. He is known for speaking to youth and maintaining his Inuit culture.

Contribute
You can send your suggestions of Indigenous History Month resources to fraymond@wqsb.qc.ca. 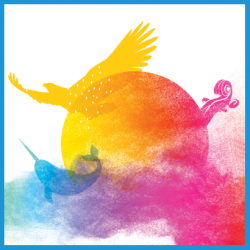 This page is prepared and updated by the Western Québec School Board, with the help of its community.

Provide input, feedback, ideas, additional resources, or information about bugs on this page by email to fraymond@wqsb.qc.ca.